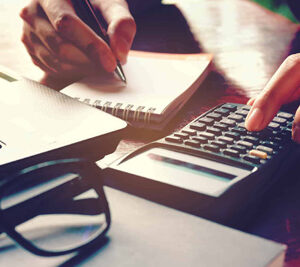 The NDP is itching to get back into the House of Commons on November 22. Today NDP Leader Jagmeet Singh said his MPs have two priorities — to fight to make life more affordable for people, and to address issues around the climate crisis.

On the affordability issue, he emphasized “housing in particular”, but also said in response to a question from Island Social Trends that the issue of Guaranteed Income Supplement (GIS) clawback impacting low-income senior and others in low-income situations will be addressed as a high priority.

“Those are my two priorities. The climate crisis is the crisis of our times,” Singh punctuated in summary today.

Singh wouldn’t say exactly how soon proposed legislation would come forward that might address or reverse the GIS clawback.

He didn’t get into specifics such as perhaps declaring the CERB benefits (as received by people for income support during the pandemic) as emergency income and therefore going back to using 2019 income levels for the GIS income-test for low-income seniors who received the GIS pre-pandemic.

“That’s one of our immediate demands that we think can be addressed right away. Vulnerable seniors are right now being targeted for clawbacks and it’s incredibly difficult for them. We want to see that fixed.

There are also “vulnerable folks that required CERB that are unable to pay back those amounts”, and the NDP aims to “look at amnesty for those folks that are vulnerable”.

“These are measures that we are very open to and we are looking for ways to make that happen,” the NDP said in response to Island Social Trends today. The GIS “can be addressed right away, we want to see that fixed”, said Singh.

Last week the Office of the Seniors Minister, Kamal Khera, told Island Social Trends that CERB payments were identified as taxable income from day one. No one is disputing that.

But never was there an out-front clarification that GIS would be taken back in the following year. Many seniors across Canada have been shocked to have received letters in July that for the next 12 months they would have to go without the GIS income support that they were relying upon pre-pandemic.

The Office of the Seniors Minister said that individuals can go back through Service Canada, to deal one-on-one in sorting out what their income might be in 2021, and perhaps negotiate a restoration of GIS at this time.

The Government of Canada GIS page shows that of Old Age Security (OAS) recipients (which was 95.3% of seniors in 2015) who also receive the GIS as being 36.8%.

Case-by-case is the wrong solution:

Today Island Social Trends asked the NDP Leader if he sees case-by-case renegotiation of the Guaranteed Income Supplement eligibility as a solution.

“We know that people on GIS are amongst the more vulnerable,” Jagmeet Singh said today. “To require additional difficult steps so they can continue to get support, is the wrong thing to do and frankly a bad use of our public sector resources, of our public service.”

“We believe there should no longer be clawbacks,” said Singh. “Those on GIS should be able to continue on GIS and receive the full amount they received before. That’s what should have happen moving forward. We want to end the clawbacks, we want those vulnerable seniors continue to receive the support they need,” he said today.

“In fact, we campaigned on increasing support to seniors. We don’t want people to receive any cuts to help they receive,” Singh said, noting that some of these seniors are “just getting by”.

“These are seniors that are amongst the most vulnerable. We as a society have to take care of them, to make sure they’re supported and able to live a life of dignity. That’s a real serious priority for us,” said Singh.

Today the NDP Seniors Critic Rachel Blaney, in a separate interview with Island Social Trends, said about one-third of seniors receive GIS as a supplement to whatever other sources of income they may have, including some employment after age 65.

Almost 90,000 seniors are facing the guaranteed income supplement cut for having accepted the CERB and CRB pandemic benefits in 2020.

Overall, Blaney says the amount that continuing to pay GIS this year (to people from whom it’s presently being clawed back) is — from a federal budget perspective — “a minimal amount of money”. The Parliamentary Budget Officer says scrapping clawback of GIS would cost $438 million. The federal government is “nickle and dime-ing” these seniors.

Blaney highlights that most of the low-income seniors affected by the GIS clawback are women who also continue to take on limited employment income. Some might lose their housing at this point, or cut back on food or medications as a way to make ends meet.

“The Liberals do not care about the most vulnerable seniors in this country, said Blaney today. About 6.2 million Canadians are age 65+. Blaney says about 88,000 seniors “work hard to supplement GIS”.

GIS is intended to help low income seniors make ends meet. The payments are based on income from the previous year (a process which does not accommodate the unexpected CERB that came during an emergency). A single senior earning less than $19,248 qualifies for GIS. The cutoff for couples can be as high as $46,128, depending on their pension situation.

In 2021, the maximum monthly payment under the program is $948.82. Those who have experienced the clawback are short by up to that amount.

In September, the Parliamentary Budget Officer told the NDP that taking the CERB (and the subsequent CRB) out of the equation used to calculate GIS would cost the government $380 million this year and $58 million next year.

Today Singh implied that legislation helping low-income seniors would be part of approaching help for all economically challenged Canadians,including addressing challenges around housing affordability, worker benefits (like paid sick leave which the NDP has called for 22 times in the last 18 months), and the climate crisis.

Over time, changes made by governments to address the climate crisis could force some people out of employment in certain industries. Worker transition will need to be addressed over time.

Dynamic between NDP and Liberals:

Singh also took several national media questions about whether he has been speaking with Prime Minister Justin Trudeau about establishing a formal agreement to form a coalition of the Liberals with the NDP. Coalitions of that sort (as seen in BC 2017-2020 between the NDP and BC Greens) tend to stabilize a minority parliament for a period of time but also tends to co-op the power of the smaller party in some cases; the Liberals have 159 seats (11 short of a majority in a 338-seat House of Commons) and the NDP have 25 seats.

“We will not work together if it hurts people,” said Singh.

In general Singh said that there is “no such agreement” about a formal coalition. It’s clear he wants to use his party’s position of strength around pushing from within. He explained that the NDP will not “help the ultra-rich” and will “not hurt workers”. The Liberals “cannot take our support for granted or anything”.

As to the degree of the prime minister’s openness to working with the NDP this time around in terms of hearing out the NDP on policies, Singh told reporters. “We are open and there is not a closure on their part. I’m happy to keep on fighting for people the way we fought for people like we did in the last parliament. I’m content to do that. If the government is willing to do more, I’m willing to hear them. It’s kind of in their court,” said NDP Leader Singh.

Letters to the Editor:

If you have a comment about how the GIS has affected you, please write to letters@islandsocialtrends.com with your letter, or if you wish to be interviewed by Island Social Trends on this topic.

Island Social Trends Editor Mary P Brooke has been following the GIS clawback issue since August, when seniors across the country first found out that they were not receiving the supplement as a result of taking CERB in 2020.

See a summary of letters, and article links, here: