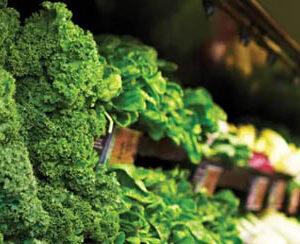 Food prices in Canada jumped by 10.3 percent from a year earlier in September of 2022, accelerating from the 9.8 percent rise in the previous month, as reported by Statistics Canada. That was the highest reading since August 1981, largely due to prices for food at grocery stores (11.4 percent). In September, Canadian residents paid higher costs for bread and baked goods (14.8 percent), fresh vegetables (11.8 percent), dairy products (9.7 percent), and meat (7.6 percent) compared to one year earlier.

Core inflation eased ever so slightly to 6.9 percent in September, down from 7.0 percent. Inflation means the cost of living continues to rise; at 6.9 percent that likely surpasses any increase in ability to pay for most Canadians.

The Canadian Centre for Food Integrity (CCFI) announced today the results of their 2022 Public Trust Research. The 2022 results illustrate that the cost of food remains the top concern for Canadians and is the main factor influencing purchasing decisions.

“Not only has the rate of concern for the cost of food increased significantly, but it has also reached a tracking high. While consumers worry about day-to-day issues like their grocery bills, they also count on the food system (from farm to plate) to proactively address threats such as climate change and other sustainability issues,” it was stated in a news release from CCFI.

“The Canadian food system must demonstrate to consumers that we are listening and pro-actively responding to their concerns,” said John Jamieson, President and CEO, CCFI. The more informed Canadians are about the food system, the more positively they feel about the food they eat and the people who produce it.”

Yesterday local MP Alistair MacGregor (Cowichan-Malahat-Langford) who is the NDP critic for Agriculture and Agri-Food, said that Canada’s Competition Bureau says it is launching a study on competition in the grocery industry.

The announcement comes after weeks of action in the House of Commons by MacGregor, to investigate how corporate greed is driving inflation.

In September, MacGregor tabled a motion before the Agriculture Committee for MPs to investigate whether grocery stores have been taking advantage of inflation. In October, MacGregor sponsored a motion before the House of Commons calling on the federal government to “recognize that corporate greed is a significant driver of inflation, and to take further action to support families during this cost-of-living crisis.” Both motions were supported unanimously.

“Canadians continue to see the price of everything going up,” said MacGregor. “I think everyone’s reached their breaking point, and I’m glad that, after decades of inaction by Liberal and Conservative governments, people are going to get a real, honest look at the role that corporate greed plays in the increasing prices they’re seeing.”

MacGregor in his motion was asking the House of Commons to support the motion that was passed unanimously at the Standing Committee on Agriculture and Agri-food.

“If you look at the cost of food in the sector, the fact that so many Canadians are struggling week in and week out, and making those choices when they go shopping,” said MacGregor in an interview on Prime Time Politics on CPAC on October 17 after his motion was passed.

“And then when you compare that with the profits that you are seeing among the grocery chains — but also with other things — last year we learned that Canada’s corporations got away with paying $30 billion less in tax than they should have,” said MacGregor.

“So I think there’s a fairness issue at play here. This is a demonstration that politicians are listening to their constituents, that we take this issue seriously. It’s a non-binding motion, but it puts political and public pressure on the government and corporate sector to follow through,” MacGregor said in the show TV interview.

“People feel like they’re doing everything right, but just can’t get ahead,” said NDP Leader Jagmeet Singh in a news release yesterday.

There are three main operators in the food supply system: Loblaw, Metro, and Empire. From those suppliers, most grocery chain stores and other retailers (such as Shoppers Drug Mart) are supplied with the broadest possible range of food products.

As the economy emerged from the pandemic in 2021, all three of those suppliers noted an increase in traffic in their stores in recent quarters, but were seeing smaller basket sizes and more muted sales, which they interpreted as an indication that people are shopping around more and possibly dining out again in restaurants.

Last week Loblaw announced it would be freezing grocery prices for three months. But that was generally seen as simply an attempt to assuage consumers, but didn’t really work — grocery suppliers generally don’t instigate price increases in November through February (over the holiday season and economic recovery after the holiday season).

“B.C.’s agriculture sector has shown time and time again it can overcome challenges, whether it be weather events, the pandemic or supply-chain issues, with resiliency and hope,” said Popham in a news release this morning.

This year’s Ag Day was pretty low key, as the government is in transition between premiers.

“Our government will continue to be there to support and provide new opportunities for the sector through Grow BC, Feed BC, and Buy BC so we can expand local food production, increase access to local food in our public institutions and ensure economic stability,” said Popham.

The BC Liberal Critic for Agriculture Ian Paton said in the BC Legislature today that the day is great to “connect the legislators with farmers, growers, producers and processors and an opportunity to increase awareness of agriculture’s positive impact on the local economy”.

Island Social Trends is a news portal about the west shore and south Vancouver Island, with an eye to socioeconomic issues in BC and across Canadian society.

These news insights are free to read at islandsocialtrends.ca and supporters of independent journalism are encouraged to sign up as Premium Subscribers.