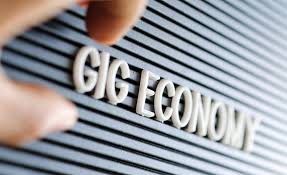 A series of regional in-person roundtables will be scheduled to hear directly from gig workers about their jobs and working conditions, and the unique challenges for app-based ride-hailing and delivery workers in B.C.

The roundtables will focus on app-based gig workers, and are part of a province-wide work strategy for workers whose jobs could be described as precarious.

The strategy is being led by Adam Walker, Parliamentary Secretary for the New Economy.

The sessions will be scheduled throughout November 2022 in communities throughout the province. As they are confirmed, details of each roundtable will be posted online:
https://www2.gov.bc.ca/gov/content/employment-business/employment-standards-advice/precarious-work-strategy

What is gig work:

Gig work is an income-earning activity outside of standard, long-term employer-employee relationships.

People in the gig economy go without benefits and take on a lot of lifestyle risk.

In May 2020, a Statistics Canada report estimated about one in 10 Canadians in the workforce (1.7 million people) are gig workers.

In previous times, this sort of freewheeling unsecured way to make a living was generally known as freelance or ‘between jobs’. The fact that the gig economy has become in its own way mainstream is indication of a structural flaw in the Canadian economy. It’s a response to a capitalist system that leaves many people out of regular career tracks.

Gig work requires an entrepreneurial spirit, which is not something all people have. Slipping into precarious employment (earning) is a serious flaw in the economic system, and it’s been going on for years.

Doing without the basics:

Most gig workers do not have the opportunity to get the benefits that salaried or hourly-wage employees enjoy, such as Employment Insurance, vacation pay, sick leave, health benefits, or other things consider normal in the employment sphere.

Self-employed people (which would include many gig workers) do get to deduct expenses, but there is also business overhead and a different tax rate. Also, no ‘standard’ employment work benefits.

Currently, many app-based drivers are paid only for “active time” and may earn less than minimum wage for a shift.

Government is reviewing this issue to ensure that appropriate standards are in place and could include proposing employment standards amendments for gig workers, as well as ensuring these employees are not incorrectly classified as independent contractors.

App-based ride-hailing and delivery workers may attend a roundtable in their community to provide input about the work they do, their working conditions, the challenges they face and how employment standards could address the challenges. Government wants to hear from workers who use this as their primary source of income and those who use it as supplementary income. Translation services will be provided where possible.

Written comments can be submitted online:

Through an online survey, workers will have an opportunity to provide input in the coming weeks.

Working with labour and business organizations and developing a precarious work strategy for B.C. is a mandate commitment for Harry Bains, Minister of Labour, and Walker.

Mary P Brooke has been covering the news of south Vancouver Island, BC and national issues through a socioeconomic lens since 2008.

Ms Brooke is the editor and publisher of Island Social Trends.