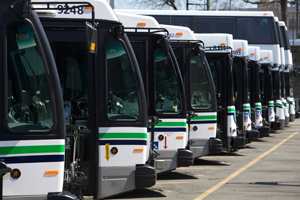 BC Transit has some service changes coming up in response to changing demand. Yesterday’s announcement says the Victoria Regional Transit System changes come into effect January 3, 2022.

Good news for one section of the west shore region: a new route 64 will provide weekday service between East Sooke and Langford Exchange via Beecher Bay. That begins Tuesday January 4.

BC Transit says it is “actively recruiting transit operators and working hard to hire more drivers”. They say they’re looking for people with strong customer service skills, who enjoy interacting with the public and supporting the community.

While the tight availability of driver is not explained in the release, in the past there have been issues of bus driver safety (due to passenger interaction) and of course exposure to the COVID virus during the ongoing pandemic.

BC Transit says that transit-riding customers are encouraged to use NextRide and the Transit app for real-time bus tracking and additional trip planning resources.

More information on fares, BC Transit routes and schedules is available at bctransit.com/Victoria .

Back on June 30, BC Transit held an outdoor media announcement in Colwood during which there was some new information about speeding up the the West Shore/Downtown routes.

Those enhancements are expected to take place in stages, over approximately three years. Route 64 this week is somewhat part of that rollout.

In September of this year, BC Transit launched free transit service for children up to and including age 12.

BC Transit continues to encourage people to use public transit as an alternative to using their own vehicles, as part of adapting to climate change.

BC Transit gets backlash for no printed schedules in December (December 6, 2021)

BC Transit service will run on Sept 30 on new national statutory holiday (August 6, 2021)