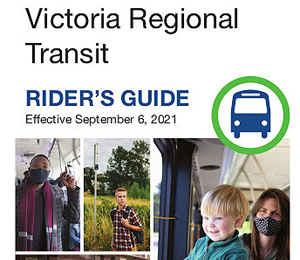 BC Transit decision-makers might be a bit ahead of schedule. People don’t seem ready to do without their printed bus schedules.

Today BC Transit issued a news release to apologize to riders in the Victoria Regional Transit System who have been “negatively affected by the temporary removal of printed schedules at bus stops in the region”.

Surprisingly, the large transit organization seems not to have test-marketed the withdrawal of the printed version of their schedules. | BC Transit Schedules and Maps

BC Transit had replaced their printed schedule signage at bus stops with a poster guiding riders to check the BC Transit website. The December schedules were not printed, and BC Transit said that was a decision “not made lightly”.

That was an abrupt change for loyal riders (especially given that ridership is down during COVID), perhaps a bit tone-deaf on the part of the transit organization. People who take transit are in many cases not fully connected digitally (and may not have a phone), which is something that should be obvious.

BC Transit said the organization “was in a tough position as we knew we could not achieve the previously set service levels through the month of December”. That seems logical, but apparently missed the beat in terms of customer care.

“Since taking down the schedules, we’ve heard from customers negatively impacted by the decision and those who are concerned it is discriminatory. We appreciate the feedback and can assure riders the intention was never to discriminate,” it was stated in today’s news release.

“However, the organization recognizes that this decision has caused additional barriers for some of our customers.” BC Transit says the feedback will help inform future decisions.

What makes the removal of schedules additionally puzzling is that BC Transit says that “the Riders Guide that was printed for this fall is still valid through to January”.

A limited number of those Fall 2021 Riders Guides are available, says BC Transit, noting they were also distributed to various libraries, recreation centres and malls throughout the region.

“Riders who want to plan their trip in advance or request a printed copy may contact a Customer Service Agent at 250-382-6161, from 6 am to 9 pm weekdays, 7 am to 9 pm on Saturdays, and 8 am to 9 pm on Sundays or holidays for the most up-to-date information.

There is a driver shortage, as part of the scheduling problem. “We are working resolve our driver shortage as soon as possible to make sure we continue to deliver services our customers can reply on”. Active recruitment is underway.

Back to normal in January:

In January 2022, printed schedules will be back in bus stops “as soon as the new materials can be produced and installed”.

Meanwhile, tonight at Langford Council during a presentation by BC Transit, Councillor Denise Blackwell said she looks forward to seeing the schedule posters back up soon.