The Builders Code is honouring six employers with Builders Code Champion Awards for leading the way in advancing the culture of BC’s industrial, commercial, and institutional construction sector.  Their efforts have contributed to an increase in the participation of women in BC’s construction trades from 4.6 to 6 per cent since 2018.

The Builders Code Champion Awards were launched last year to recognize companies that are taking proactive measures to eliminate discrimination, hazing, bullying and harassment on worksites in BC, and to create a safety standard that prioritizes the importance of psychological as well as physical safety for all workers.

“The most powerful aspect of the Builders Code is simply introducing the idea of all trades people are created equal and should be given equal opportunity,” says Wendy Gaskill of the Corporate Safety Management Team at Chinook Scaffolding.

“On behalf of everyone at BCCA, Minerva BC and all our Builders Code partners, I want to thank our winners for their support of the Builders Code and their leadership across the province during this challenging year,” said Chris Atchison, president of the BC Construction Association (BCCA).

The nomination process was open from June 4 to October 28th, 2020, with the judging conducted by Minerva BC, the BCCA, and the Builders Code Governance Committee.

While a celebration event scheduled for December 2020 will not be held due to the COVID-19 pandemic, a video was made of the award winners discussing how they prioritize culture and how the Builders Code has positively affected their business.

The Builders Code sets a baseline code of conduct standard for all construction work sites in BC.

Launched in March 2018, it is managed by the BCCA, with primary funding for the pilot provided by the Ministry of Advanced Education, Skills, and Training. Builders Code virtual training is now available for registration from www.builderscode.ca.

The BCCA’s Fall 2020 Stat Pack released this week, shows that more tradeswomen are working in the sector and indicates that in a very short period of time the Builders Code and other initiatives are contributing to improved acquisition and retention of tradeswomen in BC’s construction industry.

The province appears to be significantly advancing toward the goal of 10% women in BC’s construction workforce by 2028, helping to address the skilled worker shortage.

“These award recipients, the other nominees and the companies throughout B.C. who have adopted Builders Code are helping to shape a new workplace culture for construction and encouraging others to get involved,” says Atchison.

“They recognize that the Builders Code has helped them set clear behaviour expectations among employees and supported them in the development of company policies all of which are contributing to attracting and retaining employees in a tight labour market.”

The BCCA Stat Pack also shows that while continuing to adapt to the supply chain, worksite and other challenges caused by COVID-19, the construction industry’s contribution to B.C.’s GDP has risen from $21.2 billion to $22.7B (8.6 to 8.9 per cent) over the past year and the sector continues to be the number one employer in B.C.’s goods sector.

The recruiting and hiring award category (Chinook Scaffold Systems) recognizes companies that hire the best talent based on skills, experience, and attitude; work to attract diverse candidates; look for ways to remove barriers that hold them back; and compensate all employees at fair market value regardless of gender, race, religion, or ethnicity.

The company won a champion award in 2019, and have shown their continued efforts toward equity by working with other community tradeswomen initiatives, such as Women Building Futures (WBF).

They have a strong female component in management positions, with a continued commitment to promoting female tradespeople – it is driven from the top down.

The contractor of the year award category (Mazzei Electric) recognizes companies that are fully committed to achieving an “acceptable worksite” and building a diverse workforce where all employees are able to perform at their best and reach their full potential.

The company ensures inclusive workplaces (which includes no tolerance for any sort of hazing, harassment, bullying, etc.), and ensures that all employees have equal opportunities to advance. They can boast that 11 per cent of their workforce is women, which is well above the average in BC Construction.

“I think if you look a lot of what the Builders Code stands for,” says Ben Mazzei, president of Mazzei Electric, “that is what should be acceptable across society and there is no reason the construction industry shouldn’t be held to the same standard.” 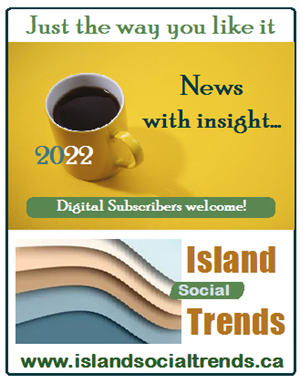