Each year there are social trends in the top baby-names that parents have given to their children.

For the seventh year in a row, Olivia is the front-runner for the most popular name for babies born in BC.  In 2019, that’s followed by Oliver, Lucas, Liam, Ethan, Noah, William, Benjamin, Charlotte, Emma and Leo, according to the Vital Statistics Agency’s preliminary figures from January 1 to December 18, 2019.

In 2018, Liam was the top choice for babies born in B.C., followed by Olivia, Emma, Lucas, Oliver, Benjamin, Ethan, Noah, Logan and Amelia. Only names whose frequency occurs five or more times are listed by the government in these tallies.

Over 40,000 babies are expected to be born in British Columbia in 2020, says the BC Ministry of Health in a news release today.

Information regarding the first 2020 birth in BC will be shared on the government Twitter account @BCGovNews at 8:00 am PST on January 1, 2020. 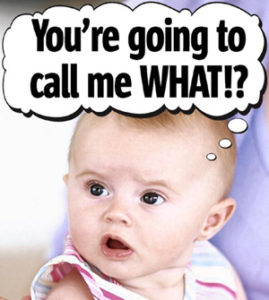 Choosing a child’s name sets them on a course for life. Top names of recent years appear to be influenced by celebrity exposure, along with traditional (e.g. James) and names with a royal vibration (e.g. William, Charlotte). One blogger suggests a few things when naming a newborn:

In Sooke where there is a local midwifery service, about 80 babies were delivered by Sooke Midwifery in 2019, which is a higher tally than in 2018. About 20% to 25% of their birthing practice sees pregnant mothers and families choosing home birth over hospital birth.