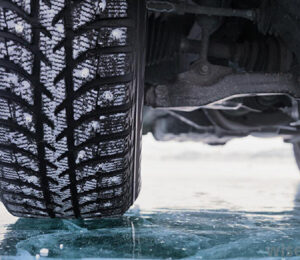 Tuesday January 4, 2022 | LANGFORD, BC [Update January 5: deceased teen was Grant Gilbertson; a player with the Peninsula Panthers, he was on his way to a hockey practice.]

West Shore RCMP and the BC Coroner Service are investigating after a collision between two vehicles resulted in the death of an 18-year-old driver.

Last night, January 3, 2022, around 6:00 pm, West Shore RCMP responded to Sooke Road (Highway 14) near Humpback Road in Langford after receiving a report of a collision.

Two vehicles were involved: a Honda Civic and a Ford Escape.

Initial evidence gathered at the scene indicated that the Honda Civic was travelling eastbound on Sooke Road but lost control, veering into the oncoming lane of the Ford Escape that was travelling westbound, resulting in a crash.

Bystanders attempted first aid at the scene, however the male driver did not survive.

“This is a grim reminder to motorists to adjust their driving behaviours when the weather changes. No further information is available at this time as the investigation continues,” says Cst. Alex Bérubé.

Bear Mountain Parkway was closed for 2 hours due to icy conditions (January 3, 2022)