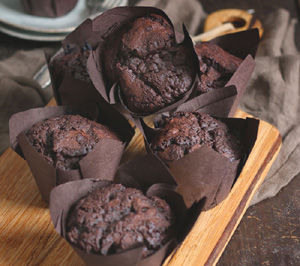 Allegedly stealing a muffin from a local coffee shop led police to arrest a man who was breaching his court-ordered condition to not be on Vancouver Island.

At about 10:45 am yesterday, February 8, a West Shore RCMP officer who happened to be parked at the Westshore Town Centre in Langford when a bystander approached him to report a man he believed had just stolen a muffin, says West Shore RCMP Media Relations Officer Cst. Meghan Groulx.

The officer approached the man and observed he was drinking alcohol from an opened container (which is prohibited under the Liqour Control and Licensing Act). Upon arrest, it was discovered that there were multiple warrants for the 29-year-old man’s arrest, and that he was on a Release Order out of Saanich, including conditions to not be found on Vancouver Island and not to consumer or be in possession of drugs or alcohol.

The man, of no fixed address, was held in custody, for court later today.

“This goes to show what can be accomplished when the community reports suspicious activity to police, even when it’s a minor occurrence,” says Insp Stephen Rose, Operations Officer, West Shore RCMP.