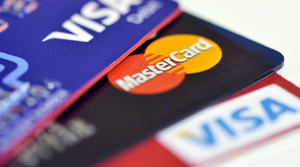 The credit rating organization says the average monthly spend per credit card consumer climbed by 17.5 per cent in Q1 2022 compared to the lows of Q1 2021.

Ontario saw the biggest increase in credit card spending (up by 20.4 per cent) followed by Quebec (18.4 per cent) when compared to the same time period last year.

“Pent-up demand and increased travel with the easing of COVID restrictions, combined with soaring inflation have led to some of the highest increases in credit card spending we’ve ever seen. Unfortunately for consumers, this is also at a time when the Bank of Canada is raising interest rates,” said Rebecca Oakes, Vice-President of Advanced Analytics at Equifax Canada.

Yesterday the Bank of Canada increased their ‘overnight’ (base) rate by 0.5% to 1.5%. Another increase — possibly as high as 0.75% — is expected in July, according to economic commentators.

“Across age groups, Gen Z and Millennials are driving up higher consumer spending the most. With gas and food prices increasing at a higher rate than overall inflation, it’s very important for consumers to revisit their budget allocations.”

New card volume is up:

If credit cards are the fallback, that shows situations of insufficient income for handling price increases that far exceed income increases. This is a prime situation for credit card companies and other lenders to offer new and creative lending opportunities. But if incomes are not keeping up with rates of inflation and overall cost of living, these additional forms of credit opportunity can become treacherous traps.

Multiple interest rate hikes coupled with seasonality have brought down new mortgage volume by 13.2 per cent this quarter when compared to the peaks of Q1 2021, but the levels are still higher than pre-pandemic numbers.

New HELOCs also showed a seasonal drop but remained 6.6 per cent higher when compared to Q1 2021. Some of the biggest drops were seen in the hottest housing markets, Ontario, and B.C., with 15.7 per cent and 17.6 per cent year-over-year declines in new mortgage volume.

First time home buyer volume dropped by 16.1 per cent in Q1 2022 vs Q1 2021. While first time home buyers struggle with affordability, the proportion of consumers with multiple mortgages continues to rise. Nationally, 17 per cent of consumers have more than one active mortgage as of Q1 2022, up 2.5 per cent from Q1 2021 and 9.3 per cent when compared to the high interest rate period Q1 2018.

“While overall delinquency rates are still far below pre-pandemic levels, we anticipate a steady rise in delinquency until the end of the year,” said Oakes.

“The good news is that we are still below pre-pandemic levels when it comes to consumers missing payments. However, the increased credit card spending and potential reliance on credit for everyday essentials may lead to increased stress starting to come through in the coming months.”