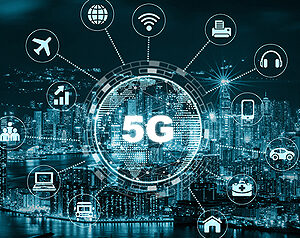 After several years to come to the ‘right’ decision — a position that would fly politically as well as technologically — today the federal government has announced its decision to ban Huawei from Canada’s 5G network.

While critics say the declaration of that matter is long overdue, it’s obvious that the political relations with China needed a cooling down period following the situation of two Canadian citizens (the so-called ‘two Michaels’) to first be resolved.

The NDP points out that the other Five Eyes countries made their positions known much sooner, and that the delay brought “unnecessary friction with our information sharing allies”, as stated by NDP critic for Innovation, Science and Industry, Brian Masse, in an NDP release today.

But those countries (Australia, New Zealand, the United Kingdom, and the United States) weren’t in the direct line of fire for getting the two kidnapped Canadians back first. As well, Canada has for decades been trying to build economic relations with China, to the benefit of this country’s economy; the Huawei position puts that at some degree of risk.

Conservative foreign affairs critic Michael Chong said the government waited far too long to make a decision. In a Tweet today he said: “It shouldn’t have taken more than three years for the Trudeau government to ban Huawei”, adding that “David Vigneault, director of CSIS (the Canadian Security Intelligence Service), publicly warned the government about the threat from Huawei in early December 2018.”

Then-public safety minister Ralph Goodale in 2019 said a decision on Huawei would be released before the 2019 federal election, but clearly global political conditions were shifting between Canada and China even at that time, even since the USA-requested extradition of Huawei executive Meng Wanzhou in December 2018.

Drawing a line in the sand:

The Huawei 5G stance by the Canadian government is drawing a line in the sand that could put a chill on between China and Canada, with ramifications in other areas of business, Canada’s role in the global economy, and international political and diplomatic decisions as well as national security. Just because Huawei technology is banned doesn’t necessarily guarantee a lack of cyber risk.

The move puts Canada in line with key intelligence allies like the United States which have expressed concerns about the national security implications of giving the Chinese tech giant access to key telecommunications infrastructure.

Very likely the recent global political changes happening as a result of Russia’s invasion of Ukraine has something to do with the eventual timing of this decision, in that Canada is clearly no longer able to be seen to be aligning too closely with a country, China, that is a significant economic ally to Russia, despite that China has tried to stay on the political sidelines since the February 24 invasion of Ukraine by Russia.

The announcement about banning Huawei products and services in Canada was announced today by Innovation Minister Francois-Philippe Champagne who says that will help keep Canadians safe.

“This follows a full review by our security agencies, and in full consultation with our closest allies,” said Champagne today in a news session.

“We will always protect the safety and security of Canadians and will take any actions necessary to safeguard our telecommunications infrastructure,” Champagne said. He noted that telecom companies in Canada will not be permitted to include in their networks any products or services that will put Canada’s national security at risk.

If any Canadian providers already have Huawei technology installed “they will be required to cease its use and remove it under the plans we are announcing today,” said Canada’s Innovation Minister, adding this will make things “safer for now and for generations to come”.

“Canada is a country where people can innovate and start new businesses, and leverage new technologies in 5G and beyond, but we also need to safeguard against the risks which can be exploited within those networks,” he said.