Four-time winner of the GoodLife Fitness Victoria Marathon, Daniel Kipkoech, will be back on Sunday hoping to make it five in a row, it was announced today at the pre-race media conference.

The 2017, 2016, 2015, and 2014 champion will be joined by American Mizael Carrera and Victoria’s Jim Finlayson in the 39th annual event. In the women’s field top seeds are Caroline Kiptoo, Lioudmila Kortchaguina, and Emily Setlack.

Kipkoech, who trains in Lethbridge, is the favourite to win again but could have some competition from Carrera who has a personal best of 2:21:50, set in Hamburg in 2016. Kipkoech’s winning time last year was 2:21:03. Kipkoech recently came second in the BMO Vancouver Half Marathon. Finlayson is odds on to be the master’s champion. Recently he has been concentrating on half marathons and is on fine form having just won the master’s category at the Copenhagen Half Marathon in 1:08:20. Also in the men’s field is Olympic race walker Evan Dunfee.

The women’s field will be an exciting match-up between the 2018 Scotiabank Calgary Marathon winner, Kiptoo and Kortchaguina, who won Victoria in 2014. Kortchaguina is a five-time Canadian champion and will bring her vast experience to the race. Third and fourth seeds, however, could be a threat. Setlack is the 2018 Canadian Mountain Running Champion and Catrin Jones, is two-time winner of the GoodLife Fitness Victoria Marathon (2010 and 2013) as well as an ultra-runner who just competed for Canada in the 100km world championships in Croatia.

There will be some local battles in the half marathon with the event hosting the BC Half Marathon Championships. The BMO Vancouver Half Marathon champion, Kenyan George Towett will be facing off against the Scotiabank Calgary Half Marathon winner, Trevor Hofbauer. Towett won the Vancouver race in 1:04:03 with Hofbauer finishing in 1:08:26. But Julian Florez, who came second in Victoria last year in 1:06:00, will be a contender for the title.

The women’s half marathon field could see a new record if Natasha Wodak is on form. The Victoria half marathon record holder and 2016 Olympian, could break her own record from 2012 (1:14:06). This year she has already run a 1:14:01 in Vancouver and a 1:14:00 in Houston. However, competition will come from the UK’s Nicole Robert, who has a personal best of 1:16:15, and 2017 Victoria half marathon runner-up Meg Lewis-Schneider, from Vancouver, who has a personal best of 1:16:42.

The 8K race could see Lindsay Carson win her fifth race in a row. The Burnaby runner owns this course – she set her personal best here the first year she won it in 2014 (27:15). However, Sarah Inglis, who won the half marathon here last year, will be on her tail. The British runner, who now lives in Surrey, BC has a personal best of 27:25 and is on form, having won the Tom Scott Memorial 10-mile run in Scotland in 55:34. Third seed is Louise Mercer, a Scot who now lives in Utah. Mercer is a track specialist who has run a 16:36, 5000 metre personal best. Fourth seed, Melissa Ross could be a threat also. The Nanaimo runner is the 2017 Vancouver Island Trail Series female champion and won the 2018 Hatley Castle 8K.

In the men’s field Justin Kent from Burnaby, will be defending his 2017 title. His personal best is 24:04, set at last year’s race. Competition will come from Shelby Drope from Nanaimo and Victoria’s Ian Searle. Both Drope and Searle are active in Island races – Drope was the male champion in this year’s Vancouver Island Race Series and Searle won the Comox Valley RV Half Marathon.

Late entries for the Marathon, Half Marathon, 8K, and the Thrifty Foods Kids Run are being accepted at the Race Expo, at the Victoria Conference Centre, from 12:00 noon – 6:00 pm on Friday, October 5, and 9:00 am – 6:00 pm on Saturday, October 6. There is no race day registration. 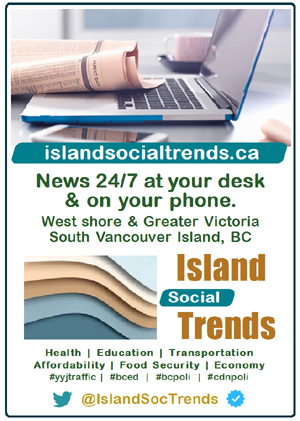 Our Subscribers receive a curated digest of all published articles by email. Free Enews by email, or sign up for Premium (additional editorial insights).