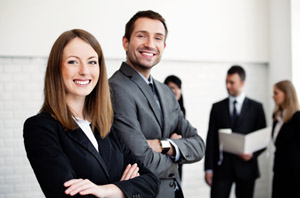 Pay equity in the workplace seems to be a long-term project, but today on International Women’s Day the BC Government announced their efforts around pay transparency.

The theme for International Women’s Day 2022 is #BreakTheBias

The government will hold consultations with key stakeholders this spring, along with an opportunity for the public to submit their views via email.

This falls under the Ministry of Labour (Minister Harry Bains), being led by the Parliamentary Secretary for Gender Equity, Grace Lore.

As people across the globe join together to honour and celebrate International Women’s Day, B.C. is set to begin consultations on new pay transparency legislation.

The parliamentary secretary for gender equity, with support from the minister of labour, is leading work to close the gender pay gap by continuing to address systemic discrimination in the workplace and moving closer to equal pay for equal work through new pay transparency legislation.

“In B.C., women continue to make less, on average, than men,” said Grace Lore, Parliamentary Secretary for Gender Equity. “Indigenous women, women of colour, immigrant women, and Two-Spirit, non-binary and transgender people also face barriers that others do not. We want to hear from a variety of groups and individuals so that we can build made-in-B.C. pay transparency legislation that will help us address pay inequity and move toward equality.”

The Province will undertake consultations, beginning this spring, with Indigenous organizations, public- and private-sector employer groups, business and union organizations, equity-seeking organizations and groups that work to create equal opportunity for women, as well as employers who have already established pay transparency policies.

“For over 110 years, people all over the world have reserved this day to show our respect for and recognize the achievements of women and girls,” said Harry Bains, Minister of Labour. “We also know the fight for equality is ongoing. This is why we are taking the next step toward our commitment to introduce pay transparency in B.C.”

The consultations will help inform the development of this new legislation and will build upon work already underway to close the pay gap in B.C. This includes making historic investments in child care, increasing housing for women and children rebuilding their lives after violence, raising B.C.’s minimum wage, raising liquor-server wages – 80% of whom are women – and boosting provincial employment and skills training and anti-racism initiatives.

“As company leaders, we have a responsibility to ensure our people are receiving equal pay for equal work – the onus for being paid fairly should no longer fall on women and other marginalized groups,” said Felicia Bochicchio, CEO at Unbounce. “Pay transparency legislation is a huge leap forward in addressing and hopefully closing the gender pay gap. At Unbounce, our journey of prioritizing equal pay and encouraging others to do the same continues and we’re looking forward to joining like-minded companies in reaching full pay transparency in 2022.”

* B.C. is one of four provinces (alongside Alberta, Saskatchewan, and Newfoundland and Labrador) without either pay transparency or pay equity legislation.

* B.C. has one of the largest gender pay gaps in Canada with women making, on average, approximately 20% less than men.