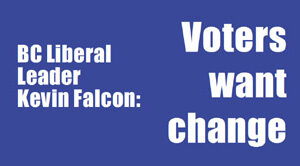 “Results in the municipal election have sent a pretty clear message,” said BC Liberal Leader Kevin Falcon in a media session this afternoon in Victoria, on this Monday after the October 15 local elections across BC.

Falcon said the turfing out of many long-time mayors (many of whom led larger communities on Vancouver Island such as Saanich, Langford and View Royal) shows that the “voices of the public” are calling for “a desire for change”.

Falcon said he can’t recall himself ever endorsing a municipal candidate in any previous elections.

From there, Falcon summarized three main points today, going after the NDP on health care, crime and affordability.

These are the things that he says are among the main things that are driving the desire for change:

Island Social Trends is a news portal with a socioeconomic lens for attentive readers on south Vancouver Island and beyond.