COVID case numbers in BC have been increasing rapidly in the past week or more. Just last Friday (July 30) before the BC Day long weekend there were 1,231 active cases in BC, which jumped to 1,544 after the long weekend, and tallied at 1,764 yesterday.

The blame has been placed on ‘the unvaccinated’, but there is also the power of the new variant called ‘Delta’ which is very nearly the dominant strain in BC but which is also much more transmissible (higher viral load, even in asymptomatic people). And all of this has been fueled by the rush to re-open society and economy (particularly in Step 3) which has a low-level criteria of first-dose vaccination percentage (70%) in the population when full vaccination is only achieved (if then) with also a second dose.

Among the unvaccinated and undervaccinated are young adults in their 20s and 30s who were left to last in BC’s COVID Immunization Plan which was age-based starting with the most elderly and working down from there, but even opening up immunization to teens (without appointments, just come along with your parents) before the age-based process reached people in their early 30s and their 20s. Provincial Health Officer Dr Bonnie Henry defended the age-based strategy. And as Health Minister Adrian Dix defended last week, those deemed clinically vulnerable were also vaccinated.

So in BC we are seeing the COVID case surge resulting from many factors, but most significantly the age-based immunization plan & the ferocious realities of the Delta variant. Other factors include the additional challenge to people who are health-compromised and income-challenged (which that in itself results from many factors such as systemic challenges due to gender, race or other societal impositions).

This still doesn’t negate the neglect to BC’s healthiest and most robust population (working-age adults) who will be needed to rebuild the economy and society after this pandemic is finally done. They are the ones who need to be gainfully employed and to try and raise healthy families.

The BC approach to immunization also presumed and reinforced the general attitude of healthy young adults that they are more resilient than older people, and could weather the storm of COVID until it came their turn. Even a lottery-based system of ‘who got vaccinated first’ would have been more compassionate than what we’ve seen in BC.

And even the elderly who got their vaccinations first were first put through an emotional trauma of being completely isolated from family members for many months; some never saw family before they died in long term care homes (whether by COVID or other causes).

Last week Dr Henry said there are now five clinics in BC (mostly lower Mainland, we have yet to confirm on that), which are serving as essentially a ‘one stop shop’ of health care for the long-haulers (young adults who have lingering symptoms or impacts from COVID infection). This serious illness could hobble the economic and social muscle of our society for decades to come, not to mention to new overload on the health-care system with COVID infection now creating a new chronic condition in the population.

Yesterday was Walk-in Wednesday was like throwing candy into the crowd at a parade. The BC Government hoped to see many young adults flock through the doors of their mass immunization clinics throughout BC: free immunization, no appointment, everyone welcome.

The pushback from the already disenfranchised young adults in this society shouldn’t be a surprise in the months and years ahead, for being left to last while still be expected to muscle forward the economy from this most difficult point.

We are republishing an article by Canadian Press from August 4, 2021 on the serious impact of the Delta variant:

The number of COVID-19 cases caused by the Delta variant is doubling every seven to 10 days in British Columbia, experts say.

Prof. Sarah Otto of the University of British Columbia said the variant, which first became prominent in India, is displacing the one that originated in the United Kingdom.

“Delta is now the most common variant in the province, with its frequency doubling every week relative to Alpha,” said Otto, who is an expert in the university’s zoology department on the mathematical models of pandemic growth and evolution.

“The Delta variant increases the viral load by about one-thousand-fold, making it much easier to catch and transmit.”

COVID-19 cases in B.C. continued their upward march as the province reported more than 700 infections Tuesday over a four-day period, with more than half of those in the Interior where the vaccination rate is lower.

Paul Tupper, a mathematics professor from Simon Fraser University, said the Delta variant is a “large part” of the reason for the increase in COVID-19 case numbers.

The relaxing of restrictions and reopening of the economy have also contributed to the growth, he said.

If the Alpha variant infects two people on an average, the Delta infects three, he said. “And that’s bad news.”

The good news is that areas with higher vaccination rates are showing fewer infections even among the Delta variant, he said.

The Vancouver Coastal region has a vaccination rate of about 80 per cent while it is 65 per cent for the Interior and that is reflected in COVID-19 case numbers, Tupper said.

Dean Karlen, a physics professor at the University of Victoria, said the emergence of the Delta variant is stronger than scientists expected, and Canada’s next wave has the potential to be similar to what is happening in the United States if no special measures such as mask mandates are reintroduced.

“But right now, in Alberta and British Columbia, it’s very clear that Delta is starting to play a big role,” he said.

The exact trajectory and intensity of growth will become clearer as more data comes in over the next few weeks, he said.

Otto said B.C. is beginning the fourth wave of COVID-19 infections, but how high it will get and how fast it will rise depends on everybody’s behaviour.

The two things people can do to prevent the wave from getting “very high” is get vaccinated and avoid indoor crowded spaces without a mask, she said.

The province and the country will continue seeing such waves as new, more transmissible variants arise, but Otto noted that “vaccinations are really protecting people from the worst ravages of this disease.”

Caroline Colijn, a mathematics professor at Simon Fraser University, said most of the infections are likely to be among the unvaccinated population.

“And they of course have the same risk of hospitalization they always did or maybe more with Delta because it may be more severe and higher viral loads,” she said.

While the vaccines are about 90 per cent effective against the virus, Tupper said there will still be some people who get sick and transmit to others.

A higher degree of immunity can be achieved by vaccinating children under 12, he said.

Health Canada has not yet approved a vaccine for children under 12.

“Children, when immunized, can contribute to herd immunity, and that makes other people that they’re with safer,” he said. It “definitely makes sense” to have some restrictions until a higher vaccination rate is reached, Tupper said.

“So, anything that buys us time, that allows us to have fewer infections before we get our vaccination numbers high, that makes sense.” 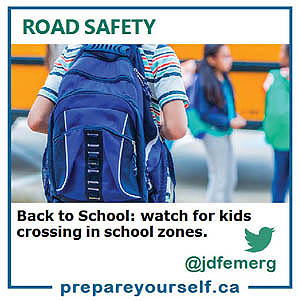