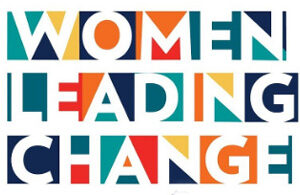 A discussion about women starting, running and expanding their own businesses was livestreamed from the Farquhar Auditorium at the University of Victoria (UVic) this evening.

BC Lieutenant Governor Janet Austin moderated the panel. She took the opportunity to plug for a few women-in-business program supports at UVic.

Austin repeated a few messages that she delivered in her speech at the Order of BC award ceremony in December, including how people should “reflect on the legacy of colonialism” and find ways to make a difference by their actions, as well as the impact of fast-changing technology which she “hopes will help us with existential threats”.

Austin said leading up to tonight’s event that entrepreneurs sharing experiences and strategies for supporting and empowering innovation and business leadership was the purpose of the event.

The Lieutenant Governor was introduced by Elizabeth Croft, UVic Vice-President Academic and Provost, and the Indigenous welcome was given by Josephine Dyck.

About 50 people attended the session online. Among those who attended the 1.5-hour event in person were Provincial Health Officer Dr Bonnie Henry and Minister of Social Development and Poverty Reduction Sheila Malcolmson.

A recording of the event will be available from UVic.

Panelists are all from a range of businesses with a woman’s touch including hospitality, natural packaging, investment in Indigenous women’s business, and a lifestyle club:

Differences, but also the same:

Clearly the four speakers came from a range of backgrounds and interests. But what they evidently had in common was family support and/or some level of available funding (even if that included their own before arranging investment funding).

Mandy Farmer followed her father’s footsteps, Sage Lacerte has the support of her matriarchal Indigenous community, Katie Gamble started her business in her parents’ basement, and Tessa McLoughlin had the moxie to use her own funds while investor interest followed.

Mandy Farmer highlighted the importance of having a vision and being able to communicate that in a “crystal clear” way. She says that she, her management team and employees “live and breathe our values”. Bringing authenticity and your real self to the workplace works wonders. She says this cohesion reduces recruitment costs “because we have a team that wants to be there”, and that revenues go up because customers “feel the vibe and give great reviews”.

Determine was you don’t do well, and be realistic about changes, was the message from her retelling of a tech industry session.

“Women want to work in a place where they are celebrated and respected,” said Farmer who, incidentally, was recently awarded a 2023 Award of Distinction from the Victoria Chamber of Commerce which recognizes leadership and vision.

Farmer believes in “the power of business and how business can change the world”. She believes that the “community of women in business is strong”.

Katie Gamble was inspired by studying business at UVic. She chose being an entrepreneur because that “intrigued her”.

The university was also able to help her expand her production capacity as she expanded her beeswax wrap business.

Gamble says that balance in the world of entrepreneurialism is “really hard”.

The young entrepreneur emphasizes the importance of community to “help you make decisions”. She believes in “breaking barriers” She advises women to “keep doing it and go for it” when they get rolling with their business.

Sage Lacerte says that choosing to have a social and environmental impact is important for business today. She took the lead: “I built my own system that suits my people.” She says her business seeks to attain “an Indigenous perspective of wealth, not the Western perspective”. That includes watching out for children and listening to elders.

She doesn’t recommend ‘bootstrapping’ but to take care of one’s personal needs along the way.

Lacerte says that, generally speaking, Indigenous people are “distrustful of financial institutions” which is why she started her own investment firm for an Indigenous clientele.

“There is nothing more powerful than people who speak from their heart and do soul work, and know who they are,” said Lacerte.

Tessa McLoughlin recommends meditation and checking in as to when your ego is leading instead of being guided by the overall purpose.

She is a fan of “B Corporations”, which is a form of corporate registration that requires a social and environmental stewardship component to the business. Women getting into business “don’t need mentors, they need money”, she said with verve.

McLoughlin said she arrived in Canada from the UK with two young children, as a divorced mother starting her life over in a new country. She ultimately starting her now-popular and successful company with her own funds after initially finding a lack of support from banks and investors. Once up and running she attracted the attention of supporters.

McLoughlin acknowledges that women generally have less disposable money than men, and that their investments may be smaller. She presented a sense of realism about the time load of being an entrepreneur, especially for women also taking care of young children at home.

Vancity Board Chair Rita Parikh was in the audience this evening. In response to one of the panelists outlining the challenges of women getting business loans, Parikh said that Vancity was the first financial institution to not require a male partner’s participation in a woman’s business loan application. Parikh was first elected to the Vancity board in 2016 and is currently serving a third term to 2025.

As posted on the UVic website: “Justice, Equality, Diversity and Inclusion is a key area of focus for both the Honourable Janet Austin, Lieutenant Governor of British Columbia and the University of Victoria. Her Honour has been working to elevate voices and amplify the contributions of women and gender diverse people as a focus to her work as Lieutenant Governor.”

“At UVic we are committed to upholding the values of equity, diversity, inclusion and human rights in our living, learning and work environments. We know that diversity underpins excellence, and that we all share responsibility for creating an equitable, diverse and inclusive community.”

Island Social Trends is generated by Editor/Publisher Mary P Brooke who has undertaken a socioeconomic lens to the news since 2008. That started with MapleLine Magazine 2008-2010, then the weekly print newspaper Sooke Voice News 2011-2013, followed by the weekly print/PDF West Shore Voice News 2014-2020, and since mid-2020 as the fully online Island Social Trends news portal.

Leaders in business and politics are invited to subscribe to Island Social Trends, as a way to support independent media as part of a knowledge-based society. Free ENews | Premium Subscription

Island Social Trends is entirely woman-owned, built from the ground up with vision and commitment to the power of both journalism and business.