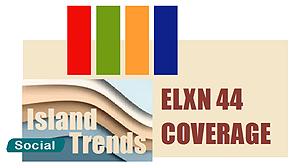 The Saanich Fair made a comeback this year after a COVID-induced hiatus in 2020 – including grassy fields serving as fertile ground for federal politicians to campaign upon during the 44th federal election.

With food trucks, amusement rides, and live music, it might not seem that parliamentary candidates would draw in big crowds. But the cluster of booths nestled in the southern edge of the fairgrounds – dubbed a “political petting zoo” by Saanich-Gulf Islands incumbent Elizabeth May – is proving worthy attraction. Federal candidates from the NDP, Liberal, Conservative, and Green parties all had booths at the fairgrounds.

Saanich-Gulf Islands candidates who spoke with Island Social Trends at the Saanich Fair on September 5 said they had been dealing with heaps of questions from fairgoers on the Labour Day long weekend, ahead of advance voting (September 10-13) and the general election (September 20).

Sabina Singh, NDP candidate for Saanich-Gulf Islands, said there has been “lots of turnout, lots of people, lots of activity.” She said she was asked mostly about climate action. “We believe that affordability and climate action go hand in hand,” she said about the NDP.

“In dealing with the climate emergency, we can all do it. It doesn’t mean only if you can afford an electric car, or if you can afford solar panels. We have to make this available for everybody, and I think that’s really what the NDP does.”

Singh’s first run at the riding was in 2019. Also by her side was Esquimalt-Saanich-Sooke NDP candidate Randall Garrison, who has been elected and re-elected since 2011.

“Those who stop and talk have a lot to say,” said Sherri Moore-Arbour, Liberal Party candidate in Saanich-Gulf Fislands.

Moore-Arbour was pleased to discuss the Liberal Party’s climate plan, which an independent analysis by SFU sustainable energy professor Mark Jaccard determined to be the most “effective” and “affordable” of all the federal parties’ climate plans. Jaccard rated the Liberal plan as an eight out of 10, with the next best plan going to the Conservatives, who earned a score of five out of 10.

The Liberal Party plans to gradually increase the carbon tax to $170 per tonne by 2030.

Moore-Arbour also highlighted concerns that voters were having regarding reconciliation.

“I’m an Indigenous candidate. Reconciliation for me is a really motivating dimension of my candidacy for sure.”

“I’m worried that if we were to have a Conservative government, the work on reconciliation would stop,” she told Island Social Trends.

David Busch, Conservative candidate for Saanich-Gulf Islands, said the campaign has been going absolutely great. “If you look in the polls, you’re seeing they’ve shifted this from a safe Green seat to a leaning Green seat,” he said.

Busch was the Conservative candidate for the riding during the 2019 federal election, in which he placed second to then-Green Party leader Elizabeth May. Despite May’s firm hold on the electoral district since 2011, right-leaning parties have historically held a strong presence in the riding that includes large rural, farming and retirement properties.

Of the most pressing topics mentioned by attendants, Busch said health-care is first and foremost – specifically the lack of available family doctors. He said his background in biochemistry and critical care nursing makes him better equipped to handle these issues.

“Working as a critical care nurse, I’ve seen firsthand in our hospitals the problems, and I know ways to fix them, especially when it comes to the doctor shorts,” said Busch.

Running a close second was the housing crisis. The Conservatives’ housing platform features a plan to build one million homes over three years, closing the doors on absent foreign buyers, and the creation of an Indigenous housing strategy.

The third most salient issue was climate change. “With regards to climate change, I believe we have the best plan. Under the Liberals, they have their carbon tax, which puts that money straight into the general revenue, and it disappears. Under our plan, the money that’s going to be put on that price on carbon is going to back into a savings account that you can use,” said Busch.

If the Conservatives win on September 20 they evidently intend to replace Canada’s carbon tax with a credit scheme in which each consumer’s carbon tax payments would be banked into a personal account, and returned to fund purchases of low-emission products such as bikes, bus passes, or local produce.

Also joining Busch at the booth was Hannah Hodson, Conservative candidate for the Victoria riding.

Drawing the largest crowds at the fair was the Green Party booth, where Saanich-Gulf Islands incumbent Elizabeth May (who has held the riding since 2011, and was Green Party Leader 2006-2019), Victoria candidate Nick Loughton, and Esquimalt-Saanich-Sooke candidate Harley Gordon chatted with fairgoers.

“There’s such energy amongst people who are out here to support Greens, despite the fact that no one wants this election,” said Nick Loughton, Green candidate for the Victoria riding.

“We have politicians who lack the leadership to turn us from laggers into leaders, and what we need now…is a new wave of politicians who are interested in changing that and in making a difference in our communities,” said Loughton. “NDP, Liberal governments here provincially, and Conservative and Liberal governments nationally have really failed to address these problems.”

“The NDP just haven’t got the job done. We’re in a crisis right now with the COVID-19 pandemic, but we’ve also been in a crisis with affordability, housing, healthcare, and the climate for so long, that really, I expected more. I expected more from NDP politicians, from Jagmeet Singh, to hold Trudeau to account, to be enough of a thorn in his side to make a difference.”

The People’s Party of Canada is also running in Saanich-Gulf Islands, David Hilderman. The Communist Party candidate in the riding is Dock Currie.