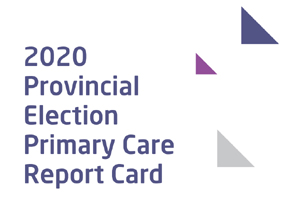 On the last day of advance voting and just a few more days to the October 24 general election day in BC, the government that has seen the province through the pandemic this far got a good report card from physicians.

According to the BC NDP in a release today, the BC College of Family Physicians has assessed the BC NDP platform as the best of the three major parties (BC NDP, BC Liberals, BC Greens) on pandemic response and health care overall.

Meanwhile, the report released by the physicians said “this report does not represent an endorsement of any one party”.

For pandemic response, the family doctors rated the BC NDP highest at 7 out of 10. The NDP’s $1.6 billion pandemic preparedness plan which includes a commitment to hire 7,000 new frontline long-term care workers.

The BC Liberals were rated not far behind at 6 out of 10 for pandemic response. The Greens received 2 out of 10.

The rating was guided by four BCCFP criteria:

The BC NDP platform makes $2.3 billion in new health-care investments over three years.